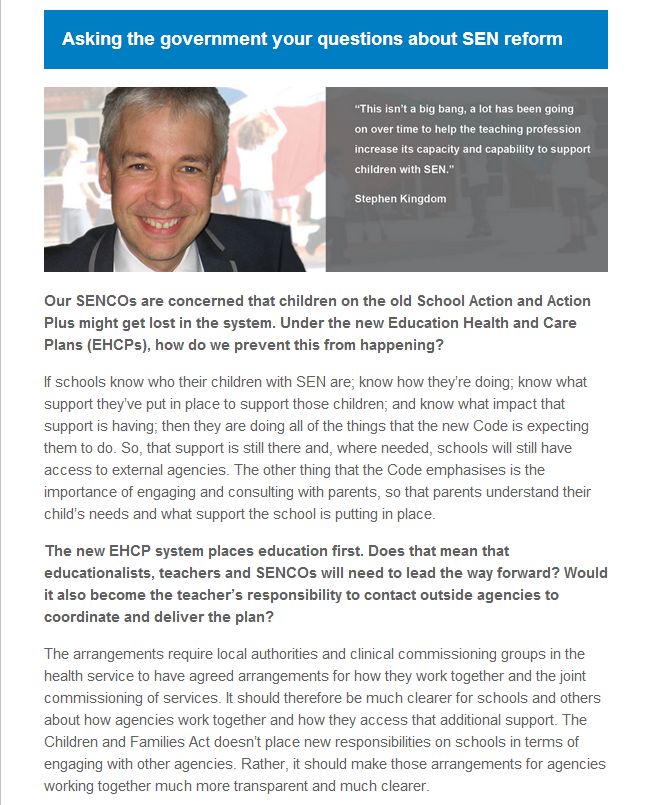 ‘This isn’t a big bang, a lot has been going on over time to help the teaching profession increase its capacity and capability to support children with SEN.’ Stephen Kingdom

For issue three of The SEND Practitioner, we thought that we would speak to one of the Act’s and Code’s key civil servants. We know that SENCOs have a lot of questions and wanted to be the voice of our SENCOs. With that in mind, we asked all of the SENCOs who have ever trained with us to send us their questions. We received a host of fascinating questions, compiled them and took them to the hallowed halls of the Department for Education’s Stephen Kingdom.

Stephen answered them eloquently and persuasively and we are delighted to feature them in the third issue of The SEND Practitioner.

Read the third issue of The SEND Practitioner.