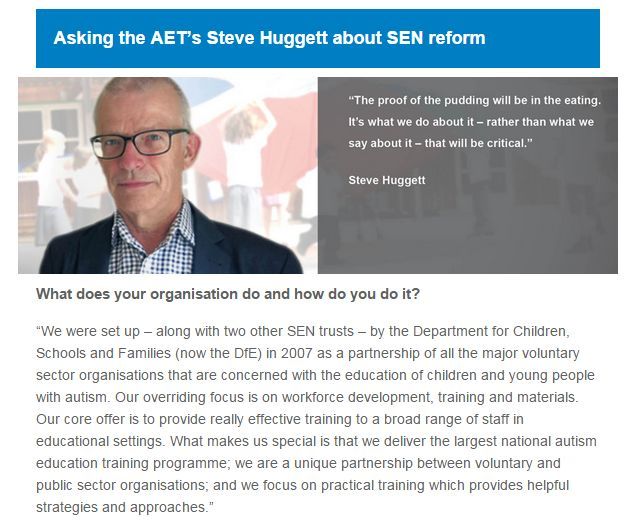 ‘The proof of the pudding will be in the eating. It’s what we do about it – rather than what we say about it – that will be critical.’ Steve Huggett

We published the fourth issue of The SEND Practitioner shortly after the SEND Code of Practice was laid before Parliament on 11 June. We were particularly pleased to feature a Q&A on the prospective SEND reforms with Steve Huggett – director of the Autism Education Trust. Steve answered a broad range of your reform questions. Ultimately, reflecting, that the new legislation has a lot of potential to maintain and develop the principles of good practice.

Read the fourth issue of The SEND Practitioner.